I mourn for the ghetto.

A White Castle next to

I weep for rickety fences and rusted gates.

When the L train was yellow and grey.

Before they raised the rents.

Off the M, when there was salsa at Borinquen.

Oh, way back when

claimed a corner, taken a block.

over the May rising flocks.

They called me rubia,

before baristas and yoga gyms

Before history got wiped.

They call it gentrification.

I call it genocide.

An invasion, a regression, an infection

It once was wild, and brimming with pride.

Oh, Bushwick, I miss you.

The hermanos, the primos, the chachos, the homegirls.

It’s the worst deaf I’ve ever been.

The worse death ever experienced.

Where my people at?

I feel like a refugee, a survivor, a remnant.

I’m grieving for this place, for milk crates and domino games.

I sob for the mom and pop shops.

This place has changed too much and too fast.

Something’s breaking in my heart,

Been wrestling with these feelings and this poem for the last week or so. The neighborhood where I grew up has changed so much while I’ve been away – it feels strange. It doesn’t feel like home anymore. It feels like I’ve been gone too long, and now it’s too late. It feels like I took for granted something I’ll never have again. Sad part of growing up I guess.

When I was a child, I saw with blinded eyes.

White sheets by my side down my living room aisle.

Human porcelain came to life and lip-gloss gave me years.

Plastic plugs clipped on my ears, a lollipop took away tears.

Pairs of socks stuffed into my shirt, toes sink into giant shoes.

Little pink frills upon my skirt and a piece of rubber to chew.

Pink cotton fluffs propped up on sticks, games that I never lose.

No sickness a mother couldn’t soothe.

Sunflower fields and golden wings around my head.

Bare feet pitter-pattering, when I believed everything said.

When a penny was a lot and money had colors.

Boy was the world nice then!

Tucked into bed with a goodnight kiss,

to awaken to a reality without mend.

the world just cries and wails.

Ripped pages and dried ink, the fantasy is now the past.

Tears at the brink from this reality, breaking the heart like glass.

Dying trees, unknown disease, and an education that always fails.

So next time you see a little girl with wings, underneath her golden veil.

Just keep passing by; it’d best be wise, to not say a single word.

For being a child is a luxury,

she deserves the sugarcoated lies.

Because as she lives and the pages all end,

that’s all it’ll ever be.

A sweetness with a bad after taste.

Wow, I wrote this almost an entire decade ago! I found it and realized I had written it the same day as today, except it was 2006. I thought it was meant to be published here today. This was originally inspired by a quote from the bible and my dark afterthoughts at the time. I was purposely aiming for that nursery rhyme feel. 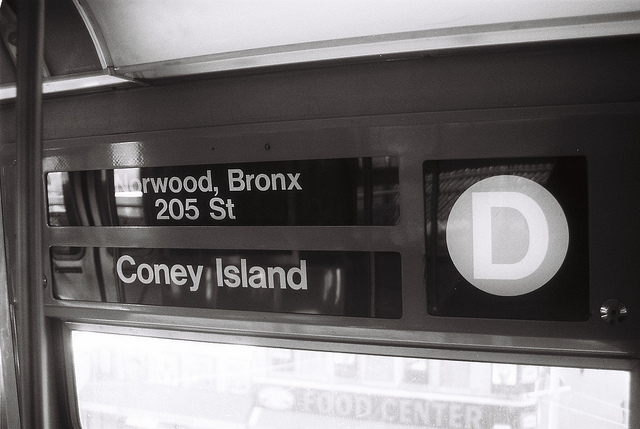 I hear it in layers.

an exhale, unvarying and steady.

and marbles being swirled ’round and ’round a metal tin.

And a distant memory of amusement park bells.

Have you ever stopped to close your eyes and really listen to a train? I always thought that trains sometimes sound alive, like metal breathing organisms. I wanted to see what I could pluck out from the white noise while on my morning commute, and make sense of it piece by piece. It was an interesting exercise, especially for someone who is hard of hearing.

I like this idea – maybe I’ll revisit this poem later.